No one is too old for this, for which I’m thankful.

Feeling clever and smug, I made notes about virtue-signaling for this month’s article. And then a great and humble man died.

My original plan was to posture about how social sites

*Lured us in by appealing to our finer sense of family and friends – of connection – even with strangers (aka friends we haven’t yet met).

*How they’ve instead become platforms of division and vitriol, as though physical distance and life demands weren’t enough of a separation.

*How politics has become the religion of choice for many, creating a chasm that threatens to grow soon too wide for a bridge (See 2 Corinthians 6:14).

*How these sites are fertile ground for varying forms of increasing levels of unrecognized narcissism, most especially delivered via virtue-signaling of every kind (strong word—narcissism, I know, but accurate—and biblical: See 2 Timothy 3:1-9).

*How especially those of us who call ourselves Christians have fallen (far too easily) into the trap set by the Accuser, and are willing accusers ourselves – working for the wrong side, also known as taking the Lord’s Name upon us in vain.

Then that great and humble man died, and I no longer felt so clever, or smug. 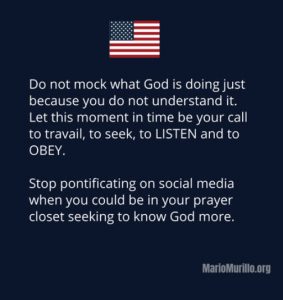 While many of us spend hours a day virtue-signaling in myriad ways on social sites and other venues, this man I refer to (a different man than the one of the above meme) spent four decades in humble obedient service to Almighty God, confronting real evil, the kind most don’t have a clue exists, others don’t want to believe is true, and those directly involved desperately wish it weren’t. For people unaware of such things, this doesn’t fit their paradigm. This, sadly, is true for the majority of Christians as well, at least in some countries, even though addressing this is one aspect of the Great Commission.

At Virtue-Signal Central (and I shamefully raise my hand for some of these), we feel virtuous when we post a meme or comment that accuses, that slams, that slanders, that (usually unknowingly) spread lies, that fools, that misdirect, that perpetuates all forms of evil from obscene language and images to celebrating sins of which God clearly states in His Word will prevent people who do them (or support/celebrate those who do them) from entering His Kingdom.

While so many of us have occupied ourselves with posting all manner of personal data, revealing more than we should, the great man, and those who were trained by and worked with him—some with silver hair, boldly went to places even many with a room crammed with camo and ammo would hesitate to go. He went without fear because he KNEW God was with him, and He was… as the stunned man aiming the weapon at the great and humble man discovered when an angel of the Lord moved the armed man’s hand.

While we were feeling self-satisfied as we slapped someone with a verbal barb or wicked meme or “intellectual” diatribe, the great and humble man was literally rescuing and saving lives and souls, even of those determined to harm (or kill) him and others. Matthew 15:18 states that what we communicate demonstrates what is in our hearts. Listen to this man’s audios or watch his numerous videos, and you discover agape love always came through his words, even when he directly addressed those engaged in atrocities: If they wanted to be saved, he was there for them, according to God’s ways, not the world’s. Virtue-signalers, claiming to be Christians, or not, need to pause and reassess what our true contributions are by looking at the results of our words and or actions, or lack thereof, again, according to God’s ways, not the world’s.

That great and humble man completed his work here, at least, as far as God was concerned, because not one sparrow falls to the ground without the Father’s permission. But the passing of that man brought something blurred for a long time into sharp focus: The majority of the Church, starting with its leaders, are woefully unprepared for not just what’s been allowed to happen to date, but what’s to come.

We are to be God’s watchmen on the wall. Instead, we’ve become, as the lyrics say, “another brick in the wall,” and not even of God’s Holy Temple most of the time. We’re supposed to be God’s priests, set apart from the world as examples of who HE is, not who we are. Far too many of us speak and live like the world rather than like our Lord and Savior, Jesus of Nazareth, God of Abraham, Isaac, and Jacob. We’re supposed be wise as serpents but gentle as doves. We’re supposed to be salt and light in the world so that people doomed by sin, according to God’s Word, see us as examples, and then choose the Way, the Truth, and the Life, not be go-along-to-get-along types or proponents of the lie of hyper-grace.

Included below is the book cover of the exact version I highly recommend every Christian read. It was recommended by the great and humble man whose absence has revealed our weaknesses and lack of knowledge (See Hosea 4:6). How I wish the material contained within was the teaching every believer and convert received right from the start. Like Neo in The Matrix, it’s time to wake up and see all counterfeits for what they are, starting with aspects of ourselves. That’s painful to own but accurate.

Will I continue to make mistakes? With Holy Spirit’s help, I’ll make fewer (and, I pray, less egregious ones than in the past), but yes. For one thing, I’m human. For another, this self-righteous accusatory mindset is a deliberate demonic addiction that plays to our weaknesses, including for Christians. Point-in-fact: Within 3 hours of writing the first draft of this piece, I posted a link to an accusing though factual article, rather than or as well as praying for the person(s) being accused. Thankfully, within an hour, God provided a prayer, one I invite you to pray anytime you feel the urge to accuse another while in virtue-signal mode.

PRAYER: Lord God, I ask You to rise up and judge the principalities and powers causing the darkness over me and (person’s name and or situation) so those trapped in the darkness can be set free. I ask this in Jesus’ Name. Amen.

Thanks, in great part, to mainstream media, cognitive dissonance is rampant, though eyes are beginning to open and minds beginning to clear as a result of God’s grace and according to His prophecy found in the Bible. There’s real work to be done, including serious intercession, which none of us are too old to engage in as directed in Ephesians 6:12. It’s time Christians (including me), as representatives of our King Jesus, who are conscripted to be engaged in the spiritual battle at hand, as well as non-Christians, understand that virtue-signaling is like carrying water in a colander: we’re all left thirsty. 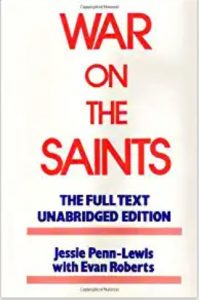