I love sharing stories from the past, especially during the holiday season. The world seems to be shaking on its axis, but we, the “seasoned” ones can sprinkle a little sanity, a little laughter and perhaps some wisdom, by sharing stories with the ones who came and continue to come, after us.

I love sharing the story of Miss Hazel each year because I learn something new about the reason for her entrance into my life, and I am filled with gratitude, though she has been gone for many years.

It was 1984, a year into my second marriage and that brand-new, fresh-out-of-the-box husband looked at me from his six foot three pedestal and rumbled to me in the voice that from the day we met, still gave me shivers and caused me to forget where I was for a moment, “I think we should separate for a while”. He sounded like Melvin the sweet bass voice from Motown’s Temptations. I thought my hearing had gone bad. “What?” I asked, and moved back from him so I could see his face.

I had only been able to see his chest and shirt and I wanted to look into the eyes that had looked into mine just six months before as we stood at an altar in front of my parents and said “I do”. I wanted to see the face of the man who promised to love, honor and cherish me and take away the sadness of my first failed marriage and be the best step dad he could be to my five children. I had to be hearing things, but no…he was serious.

We had moved everything lock, stock and barrel from Chicago to Meridian Mississippi where my mother was building a house for us. We were in the unfamiliar, snow-less and season-less (in my opinion) south, where, no offense, people wrung out words like wet socks and took their own sweet time to do everything. I was beginning to hanker to do things differently.

We had cane-bottomed chairs at the dining table, I was working as a nanny for a while, and my old embroidering and growing roses knack was returning. I bought Mason jars without a notion as to what to do with them, but I was thirty five and feeling “down home”. I was working in my church and feeling a little smug to have such a hunk for a husband. The hunk packed his junk in a trunk and moved out to be with someone he had just met on his brand new job. Uh-huh.

I was devastated. I almost returned to some pretty bad habits. I cried all night, and went to work each day. I took up the embroidery with a passion and my children, mid-teens to elementary school looked at me curiously as they came upon yet another embroidered cat pillow cover. I baked honey wheat bread and the children were begging me to let up because there was too much of it. “Honey, I packed your lunch with fresh wheat bread sandwiches” I would chime, and they were like, “How much more of this can we eat?”

Suddenly, it was the Christmas season. My job, without the help of that “other” person’s job was barely enough to cover the mortgage, and my mother had second mortgaged her own home so we could have the one we lived in. I worked double shifts at the nursing home and cleaned houses to make ends meet. Still, I was dreading the holidays. I had anticipated our old fashioned family Christmas, and yes, I love my children, but I wanted to replace what I had lost, so I placed an ad in the Clarion Ledger (A Jackson Mississippi paper), asking for a “Christmas Companion”. There was absolutely no shame in my game.

I got many replies, and some I sniffed out and found to be dangerous. I am blessed with a Chicago girl’s nose for danger. Too bad that nose had not sniffed out Mr. Wonderful, but then, he had chased me with that height, voice and eyes., When my mother found out about the ad, she was mortified. “You are going to get all kinds of weirdos, she warned and I reminded her that one of those weirdos had just dumped me, so how bad could it get?

I did not specify a male visitor and got a couple of bites from women like me who were facing the holidays alone. One woman lived in Jackson and was my exact age. We exchanged phone numbers and we talked every night. She was a “party girl” she said and promised to bring all kinds of booze and food, so we could share the holiday and not think about those guys (she was a recent dump-ee) who had broken our hearts. I was excited about her arrival and we talked every day until one day, about a week before Christmas, she never called again. I could not reach her. Her phone was disconnected. I was hurt and confused.

Shortly after, I connected with a woman named Hazel. I do not know which one of us called first, but I learned she was in her fifties and had five children like me, but hers were adults and no longer cared to celebrate with their mother. She sounded kind and decent. No mention of booze (bummer, I thought) but she was excited to meet me! I was not so excited, after all, fifty something was “old” and I figured she would be scolding me for making the poor decision to marry this man and I would be listening to old stories and feeling old and looking at old pictures in her wallet, and well, you know how that goes.

As the time for her visit neared, I was happily anticipating our church play ( I had written it and was directing it as well) and happy that my children were getting many of the things they asked for. I was not happy about Miss Hazel. On Christmas morning, I got a call from her and she was in rare form. She was driving from Prentiss Mississippi and bringing a boatload of presents and cakes and pies and chicken to fry. “I have food already” I protested, but she insisted!

When she arrived, my children ran out to meet her car as if she was a relative. They made trip after trip to her car and she hugged me as if I was one of her daughters. I began to warm to Miss Hazel and we sat up late into the night, talking and laughing and listening to music. She had added to our big turkey dinner with cakes and pies and presents for myself and the children. When it was time for her to go, I cried. Three years of Miss Hazels visits allowed her to meet my mother, and they sat together in our church watching me grow from wounded woman to strong woman, able to make it with my children even through that glitch I endured with Mr. Eyes. If only he knew how his departure helped me to grow!

One year, she did not come and her phone was disconnected as well. I did not know how to reach her children. She spoke of them as spiteful and ungrateful and did not elaborate, so I never pried. I found her obituary a year or so ago, and I grieved her all over again. What I do not, and will never grieve, is what Miss Hazel taught me about life.

How false expectations can lead us in the wrong direction, and how someone not wearing a hero’s cape can step into your life and change it …and you…for the better. I have so many people I am blessed to help this time of the year, and many people help me as well. If you celebrate anything at all, not just in this season, please consider helping someone to remember to celebrate their life. It is so precious and so worth living.

Thank You Miss Hazel! I shall never forget you! 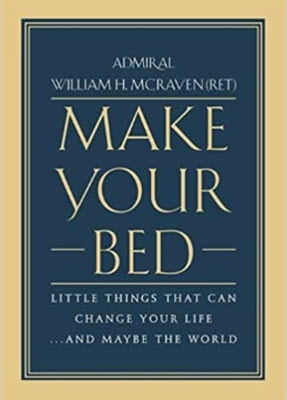