I came into my office yesterday and found several messages from people eager to “help” with or “in” our senior community.  As office assistant and activities coordinator, I am always up for something new to share and do with the residents of our fifty-five plus community. Trouble is, when most folks hear fifty-five plus, their minds only manage to get to fifty-seven. Sixty if they push it. We are 80% 65 and above, but not ready for the ice float just yet!

Our manager entered and said, “Looks like good leads on special resources and fun stuff to do” and she grinned broadly, you know, like a fifty-something who has not entered the realm of senior-dome, so retains the “they” factor instead of the “we”, at least not yet.  I think this separates many from the strongholds of aging they have heard about, but not experienced. “Just you wait,” I thought as she teetered out on heels she has repeatedly complained about. “My feet are killing me,” she says, eye-balling my flatter, sensible shoes. She has no idea that I used to wear six-inch stilettos without wincing. Now, the thought of them makes me cry. Guess I better get back to the subject.

I clocked in, then picked up one of the three yellow sticky notes to see what looked interesting and decided upon a message from a nearby help center with whom I am familiar. I had been playing phone tag with this senior resource person for a week and was excited to speak with her. I am one who scours the community newspapers, magazines, and social media, to find what I call the “hidden objects” for anything that will assist us or help us to access the stuff for seniors we do not hear about on a daily basis. In other words, let us speak of something besides incontinence.

After all, our mailboxes are flooded with opportunities to hear better, see better, step in and out of a specially made bathtub, or glide down the banister of our stairways while looking nonchalant and carefree. Woodstock, protests and bell bottoms have been deleted from our memory banks and we are to concentrate on getting and staying old. If we are unable to do this, we have to listen as an older celebrity advises us on how to plan for our funerals. I get at least two cremation offers in my mail (disguised as a greeting card) bi-monthly. Ok, I’ll get done with the sighing and eye-rolling right now.

So, I returned the call and while it was ringing, I whispered to myself, “At least let her be a senior”. Just hold that thought y’all, because there’s a method to my madness. I seem to be one of the few seniors who work with seniors in any capacity. Somehow the picture does not fit. I am expected to be something like a candy striper in a world of rocking chairs and oatmeal. By the way, I love oatmeal.  Being a helper among my peers is strange to some. I am, however, rocking the attitude of my maternal grandma. When she was in her eighties, I asked where she was going. She gave me a look and replied, “On my way to the nursing home to see what the old folks are doing”. I took that attitude and am still running with it.  So, I was waiting to hear what this resource person sounded like. You know, just a little bit excited!

When she picked up and I heard her voice, my feathers flattened because being a senior resource person (I can tell) is like a hobby to her. More like a hobby with pay. She sounded like a car salesman as (after a brief introduction) she rattled off all the cool stuff she could offer our community.

She was enthusiastic and breathless and referred to seniors as “they”. I cannot blame her because the “we” of being a senior is not yet hers to claim. Still, she makes being a senior sound as if we are speaking of aliens from the planet Age-A-Lot.  I purposefully allowed my younger-sounding voice to throw her off so she thought she was talking to someone of her own thought processes. Please do not get me wrong. I was once fifty and forty and a few of those other ages but I can say in all good conscience, that I  never set older people aside or thought they should be entertained by sing-a-longs from two eras before them, or speak as if hard-of-hearing was an event to be celebrated.

As she went through her repertoire of resources, many I was familiar with in advance, I heard more and more of “the seniors” and “they” so I interjected that I was indeed a senior, and tacked my age in to give her a chance to soak it in. There was a brief pause, a gathering of breath, and a condescending, “Well good for you, you sound great” and I was chortling to myself, “Gotcha” and now she was trying to make it up with more cheerleading. Good for me, why?  I sound great, why?  Because I am still working, walking, breathing, or what?

Good people, I am not always snarling about the treatment we receive as seniors. Believe me, I am not, but until something gets fixed in our society, someone has to point out that unfair terms and assumptions about seniors just should not be, and if I must be one of the lone voices, then so be it!

I was just at a big corporate shindig ( Cannot stand those things) and some of us arrived by a kind of shuttle-bus. A staff person in her twenties, short of skirt and possessing the ability to toss her long hair around without getting a whiplash or blinding anyone near her, was going on about having had little sleep due to partying the night before was annoying even the people she was trying to impress. I wanted to tell her, “This is not the kind of story you should be telling in a mixed staff setting, because you never know who might throw you under the bus or assume you are a drunk”, but she was seated right behind the driver and kept tugging the skirt and throwing that hair and giggling nervously. I thought of myself at her age and gave her a pass on silliness. I have lived in her shoes.

Someone then mentioned a guy in one of the other sites who flirts a lot with the women there. I was thinking, “I am more than happy that I do not work at their site” and the young lady of endless hair blurted out, “How can he be flirting?  He is so old! “I did not think people his age could hardly walk, let alone flirt”.  I was done. So done. Just stick a fork in me. The assumptions are alive and well.

So, speaking via of phone, to this senior resource person, I was reminded of the attitudes and assumptions, and could not blame her entirely for them, because society keeps holding them sacred and we keep allowing them to do so ( to an extent)  I finally accepted her invitation to come to our place and “set up a table” in June, to retell us about the hearing, bathing, stair-lifting, crematory services available to us.  I am praying that something in her Felix the Cat bag of tricks, will be new and truly resourceful for some of the seniors here, who are active, inquisitive and very much alive.

Zenobia L Silas-Carson is a native of Chicago IL  and has lived in Minnesota for the last 30 years. She has worked as an advocate for battered women, and those being released from the prison system. Zenobia is also a former elementary school teacher and nursing assistant. Currently, she resides and works in a fifty-five plus community where she holds the position of office assistant and activities director. She facilitates three food programs, is the proprietor of Zenobia’s Community Store and in her so-called spare time is a life coach for seniors. In her other spare time, she is a mother grandmother, great grandmother and licensed minister. 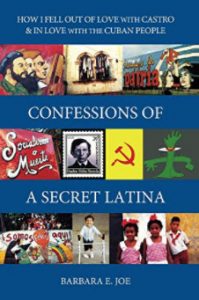