A new study establishes that environmental damage caused by corn production results in 4,300 premature deaths annually in the United States, representing a monetized cost of $39 billion

Globally, one in five deaths are associated with poor diet

People in almost every region of the world could benefit from rebalancing their diets to eat optimal amounts of various foods and nutrients, according to the Global Burden of Disease study tracking trends in consumption of 15 dietary factors from 1990 to 2017 in 195 countries.

Gum bacteria implicated in Alzheimer’s and other diseases: Scientists trace path of bacterial toxins from the mouth to the brain and other tissues

Researchers are reporting new findings on how bacteria involved in gum disease can travel throughout the body, exuding toxins connected with Alzheimer’s disease, rheumatoid arthritis and aspiration pneumonia. They detected evidence of the bacteria in brain samples from people with Alzheimer’s and used mice to show that the bacterium can find its way from the mouth to the brain.

Hot and Flashy is a great site for older women who use makeup. Its owner is  “Angie” — a gorgeous 50-plus woman who posts regular “how to” videos about proper cosmetic use and application for older women. Angie not only demonstrates “how to” apply products but also provides a list of links for products she uses so you can purchase them for yourself. Her current video is “Eyeliner Do’s & Don’ts To “Lift” Mature Eyes. Mistakes to Avoid”. Take a look — I think you will like it.

The dead may outnumber the living on Facebook within 50 years

New analysis predicts the dead may outnumber the living on Facebook within 50 years, a trend that will have grave implications for how we treat our digital heritage in the future.

A study of older Australians has found a morning bout of moderate-intensity exercise improves cognitive performance like decision-making across the day compared to prolonged sitting without exercise. It also shows that a morning bout of exercise combined with brief walking breaks to frequently disrupt sitting throughout an eight-hour day can boost short-term memory compared to uninterrupted sitting, according to the study. 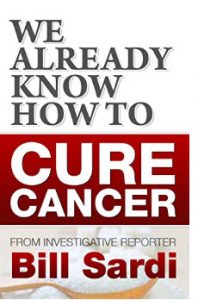