You’ve heard that phrase, “Dress your age!” and it never fails to come off as a put-down.  I, however, will assert that “dress your age!” is an invitation to celebrate the kind of elegance and well-developed, authentic style that’s hard to find in modern trends and fads.

I have a teenager; he is sometimes a little scary.  I noticed something that started to happen around 13-14 with him and that is the occasional disregard for reality/facts in favor of adhering to what the majority thinks or does.

Let me explain: I say to him, “You need to do x,y, and/or z,” and instead of thinking about the realities/facts, the response is often, “But a, b, and/or c is what everyone is doing.” It’s certainly what teenagers are notorious for, but it occurred to me that many of us adults also fall prey to disregarding reality in favor of what the majority is doing.

Now to circle back around to the concept of dressing one’s age, I would like to invite readers to take pride in their age, the wisdom, authenticity, confidence, and experience that have been learned and earned in those years.  Many times by dressing like the teenagers and 20-somethings, older (sometimes much older) people think they look younger, but they’re actually aging themselves much more.  You see, it’s quite acceptable for young girls to dress up in their moms’ clothes, but it’s quite different the other way around.

“The 3 Rules of Color: The Secrets of Choosing Clothing Colors That Make You Look Your Best” Guide FREE at www.TheImageArchitect.com

WHAT DO YOU THINK? VOTE AND SEE RESULTS 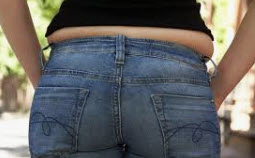