We all experience having a short fuse at times, though for some, at least, it seems that the fuse burns up faster than might be helpful to anyone, especially themselves. There are a number of causes. Let’s consider a few.

First, to clarify, I’m talking about run-of-the-mill stuff, not that which should never be tolerated. That said, running out of patience or tolerance is akin to a glass being filled with liquid until it spills over. Next thing you know, the person loses—or looses—his or her temper. Let’s consider that glass for a moment, and what must be going on inside it. Maybe it never really empties of negative emotions regarding one or more matters. This means a level of frustration and anger stays in that container, gets pushed down, festers inside, corrodes—all the time. This glass will fill up far faster than had it started out empty. What happens to anything dumped atop corrosion or crud? Yep. Even ice cream placed atop yuk becomes yuk.

We admire people who demonstrate composure in difficult or challenging circumstances. Most of us strive to achieve this as well. The question to ask, whether about others or ourselves, is this: Is it genuine composure or self-restraint? Which one promotes a longer fuse? Do we ride with balance, like a surfer, the wave of emotions we may feel in a moment, or or do we strain to hold back the tide that wants to gush forth, sometimes with the potential destructive force of a tsunami?

Many deeply angry, frustrated people exist with as much self-restraint as they can muster, and for as long as they can contain it, instead of feeling composed more of the time. Add anything else into their “glass,” and they can easily short-circuit because they work harder than anyone imagines to maintain self-restraint. Anyone who’s ever struggled with this, even if temporarily, understands. What are we to do?

Fact: We have emotions, though they are not supposed to control or drive us. God designed us to have them, which means they’re good, and are to be experienced properly. In Ecclesiastes 3, God reminded us there’s a time to weep, a time to laugh, a time to mourn, a time to dance. He also advised us in Ephesians 4, to feel our anger but not let it cause us to sin. How many verbal and physical abuses and crimes are a result of someone’s anger or frustration leading them to commit these infractions…crimes…sins? All of them. How many of these situations happen in a flash? Many of them—because there’s little room left in that person’s emotional glass. Emotions denied are not good.

Denied emotions cause harm. We either hold them in until they explode in our bodies health-wise or on others. God wants us to talk to Him about everything. Literally. Rather than spewing our negativity on others or into the world, take it to Him first. Plus, the book He wrote, Old Testament and New, is filled with guidance about any question you may have, including dealing with others (which, I recommend New Testament, in particular, for more personal interactions with others).

Whether our fuse is long or short to start out with, when we lose our temper, we’re doubly frustrated because we identify with a painful fear that envelops us, as well as a recognition that we’re about to cross a line we should stay behind. The fear stems from a perceived or actual loss of something or someone. Think of the last time you felt angry or frustrated. What did you fear you might lose or felt you had lost?

This real or perceived loss is usually tied to our identity of how we see ourselves or hope others will see us. The world has conditioned us to be like the student who scores 95 out of 100 on a test but focuses on (or freaks out about) what was missed rather than what was accomplished. There’s a way to calm this down: Seek to please God instead of others, including yourself. Know who you are in Him, and not according to the world’s insatiable demands, which you absorb as your own (we’ve all done this).

That chapter in Ephesians also advises us to not let the sun go down on our anger. Which emotions occupy prevalent space in our hearts and minds? Lack of forgiveness, along with its companions, bitterness and resentment. We’re to forgive as we wish to be forgiven. And as quickly.

Years back, I watched a woman interviewed on a TV program. Half her face was normal, the other half would never be. One Saturday morning, she, her husband, and their two young children were in their living room. There was a knock at the door. She answered. A stranger aimed a shotgun in her face and pulled the trigger. As she lay on the floor, she was forced to listen to him kill her family. She struggled to her feet, which he hadn’t expected. He aimed the gun at her again. She said, “I forgive you.” The man, stunned, handed her the gun then sat in her living room as she called the police. The program host asked her how she’d been able to do this. Her reply: “He’d stolen everything that mattered to me. I wasn’t going to let him also have my soul.”

What is the primary cause of all our conflicts and strained strivings in life? It goes back to the first sin in the Garden: Pride. We don’t begin to comprehend how much pride drives us in life. For one week or even one day, notice how often pride is what motivates your thoughts, words, or actions. It’s stunning how unaware of this we are. A terrific book that addresses pride is Humility by Andrew Murray, published September 1, 2001. The version I refer to has a simple white bowl on the cover.

Whether from a psychological or spiritual perspective, a short fuse or short-circuit demonstrates a need for a different power operating in a person’s life than they’re using in that moment, and possibly the rest of the time. I want to clarify that this writing is not meant to address psychological conditions such as personality disorders that affect dispositions and tempers in specific ways. If you suspect you or another have such a disorder, seek appropriate, professional evaluation and treatment. If it’s a matter of anger management, a therapist, counselor, coach or even an excellent book or video may be the ticket. If you have a relationship with God, seek one or all of the following ministries for serious anger issues: spiritual warfare, intercessory prayer, and/or deliverance ministry.

Another book I highly recommend for anyone is Power in Praise by Merlin Carothers. Talk about get your mind right in a hurry! 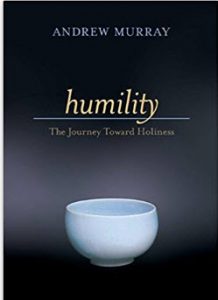