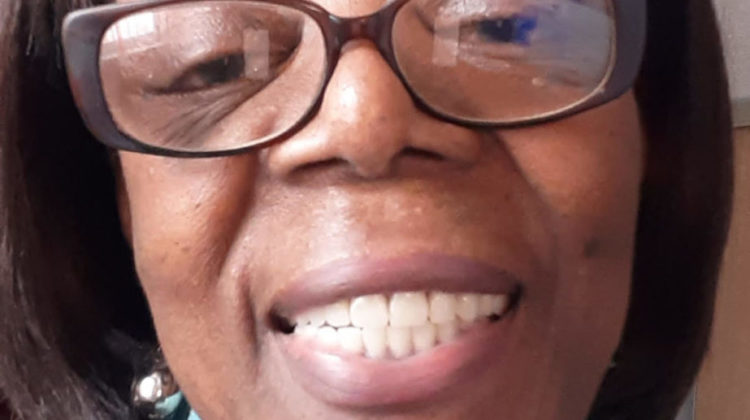 As we walk, stomp, step, glide, and stride into 2023, we must not lose our resolve to utilize and share any resources that advocate intentional and informed ways of aging. Unfortunately, rather than approaching our latter years in a willy-nilly, “catch as catch can” fashion leaves us open to those age genies who would like to dictate when, where and how we should age. As a result, we are misunderstood, mislabeled, and tossed into a grab bag of identity that has us in a one-size-fits-all existence which makes us easier to ignore and cast aside. Here is a brief example.

Recently, I was asked to present the opening thoughts on a panel advocating food as a celebration. I could “feel” the tension from the others on the Zoom screen, at least the ones with whom I am familiar, because they assumed I would open with some crone-ism that would sabotage their newly discovered disparity in the way America has colonized the cooking styles, content, and origins of foods from many cultures. The main ones discussed that evening were Native Americans, African Americans, Hispanics, and Asians. I read a poem by Maya Angelou titled, : Health Food Diner: which is a light-hearted look into our current culture of eating the good stuff versus what we used to eat in past eras.

Each time I looked up from my reading, I could sense the disapproval on some of those faces.. It was as if I was vandalizing their sprouts and whole grains. After all, it is essential to them that everyone agrees that one culture has stolen, destroyed, and ignored the centuries-old ways of eating. No one gave anyone of each culture credit for the sacred space of foods that were prepared with love or in significant quantities by some ancestors who used it to sustain life, rather than someone saying, “Oh, I went to that fantastic Thai restaurant” without the benefit of knowing where the recipes and traditional ingredients originated.

My mind was whirling because I was thinking, “I do not go into McDonald’s and ask if the burgers are from an old family recipe, and that might sound snippy, but some young people have learned to choose their battles. Everything that sounds like a cause does not need to be defended. Hidden issues must be routed out before we shake our fists in frustration.

Also, no one except the moderator and myself was over fifty. Ages thirties and forties prevailed, and they were hotly describing how the food of all origins was not “celebrated” for its authenticity. It had been “colonized” (that word again) to make it more acceptable to those eating. (I will read up on that later.) Though it bears thinking about, I can identify others of a more current and; life-altering concern that the young rarely address.

I thought the whole time that food programs for seniors were not specifically created for our age group. Cookie cutter and conveyer belt food is foisted off on people who cannot buy nutritious food on their are labeled Meals On…well, you know. Meals with the consistency of old fabric and hard veggies of no variety. For the most part, it is tasteless and holds little nutritional value.  With the rising costs of groceries, some seniors I know can barely afford to eat. Everyone does not have someone like my son or oldest daughter, a small social security check, or even food stamps like I have to buy needed food. For someone like that, having the doctor say, “I want you to eat fresh fruits and vegetables daily. Nothing salty or high in cholesterol,” is laughable. Where and how will they obtain that on a small budget?

So, listening to those younger people spout off about the food of their culture not being respected, I thought, there are some here who have no choices and have, like me, done a lot of marching, debating, and accusing a system that stands on its ignorance and loves doing it. My causes are now more profound than theirs, and I pray for and wish them the best as I hand the baton and the microphone over to those who have still to see the bigger picture. I pray they will find the change that they seek. Meanwhile, I continue to look for resources that will help folks, right now to live healthier and longer lives.

The attitudes of those not in need are still despicable. Those who are not caregivers and those who are not hungry persist in believing that all seniors have too much or at least an adequate amount of money and resources to survive.  I am sharing a link to a documentary made in 2017 regarding the ideas that some have about the way and means that seniors get food, and what it shows is a reality that many do not know or want to know. It is an eye-opener.

I am also sharing a video about care giving by real people. Both links are at the bottom!

Welcome to 2023. Stay Healthy, alert, and aware of how society views us and how we must continue to protest in ways that keep us focused and relevant. Happy New Year, and may God bless you all!

It’s Not a Burden

The humor and heartache of raising elderly parents

Don’t forget the open invite to Senior Scribblers,  and to my newest page on Facebook titled PRAISE and PRAYER. If you like, I will send you an invitation! The more, the merrier!